The Book of Barely Imagined Beings: A 21st Century Bestiary
By Caspar Henderson, Allen & Unwin (2012)
This review was originally published in COSMOS Magazine.

Sometimes it’s impossible to avoid judging a book by its cover.

The Book of Barely Imagined Beings, with its gilded cover, rich illustrations and gorgeous typesetting, is one such volume. Clearly, an unusual amount of care went into designing this book. But as I started reading it, the thought crossed my mind that the substance might not match the form.

Happily, this wasn’t the case. Henderson’s writing is engaging, descriptive and often drily humorous. Using the format of the old-fashioned bestiary, but with better science to back him up, Henderson celebrates the “fantastic diversity of living things, from lampreys to Lady Gaga”.

Each chapter of this A-to-Z guide is really a standalone essay, chock-full of interesting facts and with a strong conservationist and ethical message. A discussion of the Quetzalcoatlus, an extinct flying reptile, diverges into the history, both wondrous and perilous, of human aeronautics as well as flight in the animal kingdom.

Henderson is a Wallace for our time, delighting in the strange and beautiful creatures that nature has to offer. In describing them, he draws from literature and scientists both old and new, as well as coining some wonderful phrases of his own. (Gonodactylus is a shrimp with “the fastest genitals in the West”; and a kangaroo is a “marsupial pogo stick”.) But he also unflinchingly tackles darker sides of biology, such as social Darwinism and cruelty in the animal world – including humanity.

Henderson’s modern bestiary is a book to read and treasure in hardcover if ever there was one.

If – or when – humans get to space on a regular basis, what will it hold for us? Adventure, cooperation with interesting aliens – or terror? Anywhere But Earth is a hefty enough anthology to consider the possibilities fairly thoroughly.

Contrary to many preconceptions about the genre of science fiction, there’s some beautiful writing in the collection – prime examples are the rhythmic beauty of Liz Argall’s “Maia Blue is Going Home” and Margo Lanagan’s disturbingly sensual “Yon Hornéd Moon”. But there are also some weaker stories present that if culled would have yielded a stronger anthology. Some had interesting premises but failed on execution, with the many that succeeded on both fronts emphasising the others’ shortcomings.

It’s telling that many of the stories have a military theme. In C.J. Paget’s “Pink Ice in the Jovian Rings”, women are space soldiers because of their smaller mass, like jockeys. The nightmare they’re caught in drives home the horror of war, regardless of setting. In William R.D. Wood’s “Deuteronomy”, robots searching for signs of humans, who’ve slaughtered each other to extinction, have a similar message. Taken together, the thesis could be that conflict is inevitable wherever humans go. Certainly, few stories have positive predictions for humanity, with the first story, Calie Voorhis’s “Murmer”, being a possible exception.

Other dystopian themes abound. Cloning in sci-fi can be an excellent lens through which to examine the nature of humanity, and Brendan Duffy’s “Space Girl Blues”, featuring cloned soldiers and a clever twist in the tail, makes full use of this without becoming earnest. Kim Westwood’s “By Any Other Name” tackles similar quandary, but in a grim setting where torture leaves the narrator’s father “a carapace of his former self” in a Big Brother-esque government’s desperate bid to rewrite history and claim humanity. Richard Harland’s “An Exhibition of the Plague” and Jason Nahrung’s “Messiah on the Rock” suggest that disease (and religion, in the latter’s case) will still have a powerful effect on our psyches in the far future. And Simon Petrie’s “Hatchway” is a nail-biting thriller about gang hazing and revenge in the harsh environment of Titan, one of Saturn’s satellites.

Amid all the darkness, humour can be a saving grace, and Anywhere But Earth features plenty. Angela Ambroz’s “Pyaar Kiya”, is a delightfully tragic tale of ageing being relative due to space travel. Penelope Love’s “SIBO” is wry and ramshackle despite the high stakes its characters face. “Poor Man’s Travel” by Patty Jansen features light-toned approach to moral and philosophical dilemmas.

To me, however, “SPACEBOOK” by Sean McMullen is a clear winner, as it explores opportunities lost for humanity with humour. It’s set in a virtual reality where you disappear if you use the word ‘lawyer’; its protagonist must discover a purpose for being there, but the journey is an irreverent social commentary with an undercurrent of seriousness. Surely this is the crux of sci-fi, as what is a book if not analogue VR? 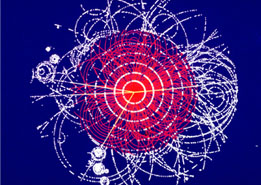 Cultural factors can muddy the waters or move things along – as was the case for Copernicus and Newton, who were both inspired and stymied by their respective churches. And the Nazis waged a campaign against ‘Jewish science’, with Einstein being public enemy number one in this regard.

But was there really anything Jewish about Einstein and his work? Steven Gimbel explores how religion, politics and philosophy might have influenced Einstein’s theory of relativity – and (perhaps more importantly) how the now-famous theory affected those fields in turn.

There are conflicting answers to the religion question with Einstein, a cultural but not a practising Jew (a distinction well explained in the book for those unfamiliar with it). The politics may be better known, but Gimbel sensitively handles the confronting stories of the lives and scientific careers destroyed by the Nazis.

Physics is far from being dry science, but throughout history has been a crucial tool used to determine humanity’s place in the universe. Whether there is such a thing as objective truth, and whether we can ever know it, are quandaries informed heavily by physics.

Gimbel’s explanations of physics are clear enough for non-experts to understand, to the extent that I found the philosophy more challenging material. For anyone interested in the history and philosophy of science, this book is well worth reading to its delightful conclusion.

Physics on the Fringe: Smoke rings, Circlons, and Alternative Theories of Everything
Margaret Wertheim, Walker, 2011
This review was originally published in COSMOS Magazine.

In her latest book, Margaret Wertheim gives air time to a group that’s usually studiously ignored – outsider physicists. These days commonly referred to as cranks, these men (and, rarely, women) are determined to prove mainstream physics wrong and convince the world of their unique theory of everything – if only we would listen.

Wertheim’s writing is engaging and informative as she runs through the stories of outsider physicists, both recent and historical. Her focus is Jim Carter, a former abalone diver and now trailer park owner with minimal university training who has spent 50 years developing his own model of reality. Carter’s unusual life history and engagement with experimental, as well as theoretical, science make for entertaining reading.

But these stories aren’t merely to amuse. Wertheim uses them as a prism through which to examine some uncomfortable questions. Particularly in a field that has become staggeringly complex and mystifying, who has the right to engage with science, and how? And who, indeed, has the right to answer these questions? The subjects of Wertheim’s book may be well outside the hegemony, but they raise questions worth pondering, and in the process they offer some fascinating insights into human curiosity and imagination.